The future of planning is a question that’s been asked for decades. When people are at their best, they’re able to make decisions without regrets and move forward with confidence. But what about when it turns out those initial decisions were wrong? The fear of making mistakes can hold us back from ever trying new things because we think “what if I fail?” Well, maybe this fear is holding you back too much!

The “fear of failure psychology” is the theory that people are resistant to planning because they fear making mistakes. 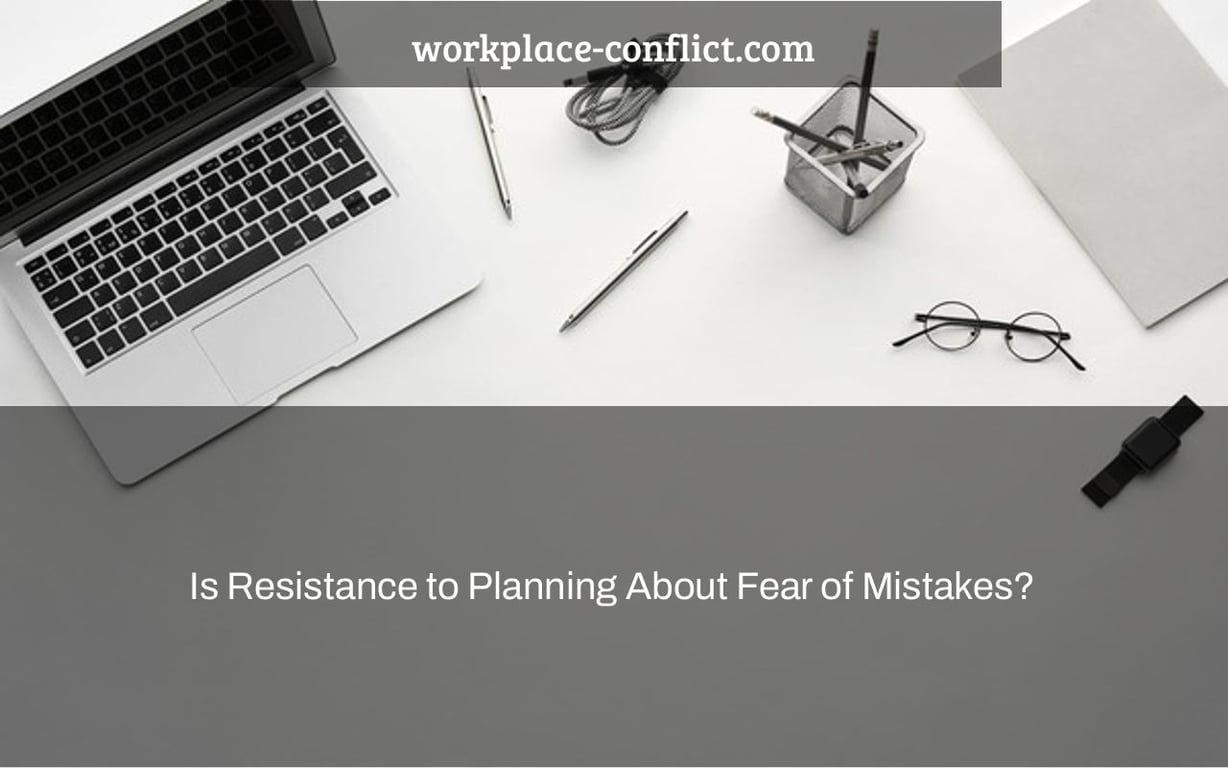 There are many experts who believe that planning your company is a waste of time that might be better spent running your firm. Of course, we’re aware of a number of reasons why that claim is, well, wrong.

But why does it keep happening? Is it conceivable that aversion to business planning stems from a broader cultural belief that admitting you were incorrect is risky and humiliating?

I was struck all over again by our astounding, culture-wide reluctance to face up to ignorance, failure, and errors while listening to BP CEO Tony Hayward dodge and duck during last week’s congressional investigation into the explosion of the Macondo oil well in the Gulf of Mexico.

Threats of lawsuits, fear of the wrath of voters or shareholders, and a value system that typically emphasizes certainty and ego above inquiry and humility exacerbate this incapacity in the power stratosphere. However, our political, military, economic, and business leaders are not the only ones who are affected. On the contrary, our culture as a whole has failed miserably at mastering the art of admitting our errors. We haven’t even learned the fundamental ability of admitting when we’re wrong.

All company strategies are incorrect, as experienced planners know. By the third or fourth month of sales, you’ll have figured out where your original assumptions were incorrect. If you take the time to plan your company, you’re setting yourself up to be proved incorrect time after time, particularly if you do it well, with frequent evaluation and analysis.

The paradox is that avoiding preparation in order to avoid being incorrect reduces your chances of succeeding.

Fortunately, Schulz provides some advice on how to become more comfortable with admitting we were wrong. Use the following at your next plan review meeting:

Replace the word “blame” with “accountability.” According to Schulz’s article:

When the VA discovered that the main reason doctors didn’t disclose mistakes was embarrassment, they disseminated a definition of “blameworthy” damage to a patient that excluded instances involving violence, the use of illicit drugs, or deliberately trying clearly hazardous treatments. What’s the end result? Error reporting increased by 300%.

The goal of a frequent plan review isn’t to point fingers, but to change direction so you can act rather than react. Provide incentives for workers to examine their own plan against actual outcomes, determine which assumptions were incorrect, and modify the parts of the plan within their control to better take advantage of reality. “You cannot in good faith demand that people admit their errors if you plan to shower them with moral indignation when they do so,” Schulz writes in another article.

Taking care of individuals who cry wolf is an important part of creating a culture of accountability:

Crying wolf is a terrible thing in fairy tales. It’s a nice thing in management while dealing with workers in a business. False alarms are referred to as “crying wolf.” Saying anything isn’t going to help. The message is incorrect, the manufacturing is defective, consumers have the wrong impression, the parking lot is ice, or whatever the case may be. And in my 30 years of managing people, I’ve learned to value the workers who are concerned enough to raise the alarm.

Take oneself less seriously. From a lady who says, “I hate it when you’re right,” to college buddies who pause and applaud when one of them confesses to being mistaken, Schulz provides amusing instances of how individuals have tried to make being wrong more bearable. Making fun of ourselves is a fantastic technique to relieve the pain of making a mistake.

Perhaps your company need a whiteboard with the heading “things we were incorrect about this week.” Or a brainstorming session in which you allow individuals come up with the best-case scenarios, such as discovering that the rubber widgets you manufacture can also cure cancer and taste like candy. Be inventive. Have fun with it. Make a mistake.

Finally, if the fear of making a mistake is stopping you from planning your company, remember that even the large players make errors now and again.

The “overcoming fear of failure quotes” is a question about whether or not the fear of making mistakes is what causes people to resist planning.

Is your marketing one dimensional?

Is It Wise to Rehire a Former Employee?